Persephone came in as a close second on the Goddess Archetype quiz I completed as part of my 4SJ. I’ve heard of Persephone and know the basics of her story.
I used this link as a reference.

I’ve never related to Persephone – her story interests me but I’ve not had any run ins with this Goddess before (which I guess isn’t surprising since she’s not the type to assert herself). At the beginning I didn’t quite agree with the description but as I read more and more I could see how she fits into my personality.

A lot of the challenges that Persephone faces are what I’m working on currently with my mental health so I do believe she has some important things to teach me. 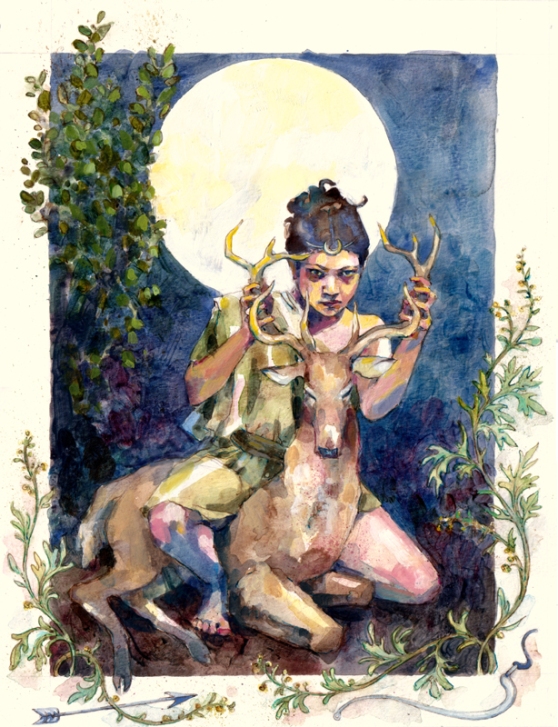 I’ve always had a connection with images of Artemis and the idea of bows and arrows – I’ve just never really been interested in doing any research on the matter. After completing this quiz in my 4SJ coursework I found that Artemis was one of the Goddess’ I relate to the most – coincidence? I did a quick look around on Artemis and what she stands for.
I mostly used this link as my reference.

I definitely relate to Artemis and what she represents. It should be very interesting to find out what she has to teach me over the course of the 4SJ.